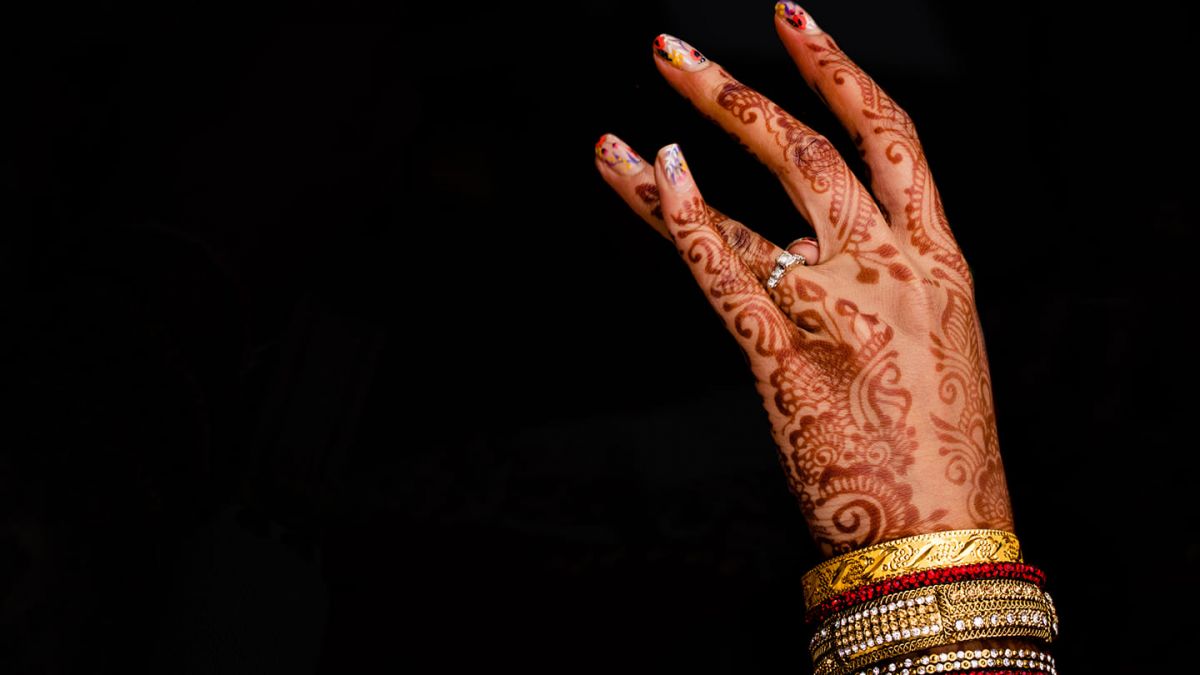 Traditional mehndi designs included flowers, peacocks, and the iconic mango calico. Modern brides draw inspiration from Arabic, African and modern art for their mehndi designs. You can also include animals, nature elements and Hindu Gods in your mehndi designs. Some even have the Bride or Groom represented by names or figures. It can take anywhere from 2-6 hours, depending on the complexity of the design!

According to Indian tradition, the bride’s mehndi is darker than her husband’s. Here are some of our favourite bridal mehndi designs, as photographed at Indian weddings.

1. Take a closer look at the details of the Wedding Mehndi design

There are many wedding mehndi designs that brides can incorporate into their mehndi, as we have already mentioned. Traditional mehndi photographs are more wide shots that show both hands and aerial views of the designs. After you have captured the main elements, it’s time to get closer details. To capture these details, it is a good idea to have a macro lens and/or an adaptor.

2. Ask the Bride about special significance of designs

Ask the bride if she has any special mehndi designs that are meaningful to her. It could be a symbol of the state that the couple met, a date or significant religious symbol. Due to the diversity of personalities and interests, there are many options for wedding mehndi designs.

The most common tradition is for the bride’s mehndi artist to hide the groom’s name in the intricate design. After the mehndi has dried and stained the hands, the bride will ask the groom to look for her name in the mehndi. If you have mehndi artists who scatter letters of your name, make sure to capture them all!

This is a great opportunity to include the mehndi artist in the shots and give them due recognition. This unique shot is made when henna, which comes out of the cone as liquid, stains the hands.

You can try a different angle and take the bride’s hand from an upward position. To see the bride’s mehndi designs, position the camera so it is on the ground. You can also try to incorporate her jewelry in the shot by having it held or placed on her hand.